Guernsey College of Further Education holds an International Women in Engineering event every June, inviting girls from years 8 to 10 from across the island to attend. Normally over 200 girls take part, and have the opportunity to try hands-on engineering-related activities to promote this exciting and varied industry as a possible career path. The event also includes inspiring presentations from women in senior engineering roles.

This year the event went online.

Rather than cancel the event entirely, the College created an online event, including competitions that the girls could enter either at school or at home. One was a ‘Stack’em Up’ challenge where they had to create a stand-alone structure made of recyclable/reusable materials that was able to support an egg on the top. Entries were pictured and forwarded to the College and judged by representatives from sponsor Sure, the College and CIGPE. Entries were judged on various criteria, including structural integrity, creativity and stability.

Winners and runners up – both from Ladies’ College – were selected from around 30 entries and they they were presented with their prizes at a school assembly. The girls worked in pairs and the results were: 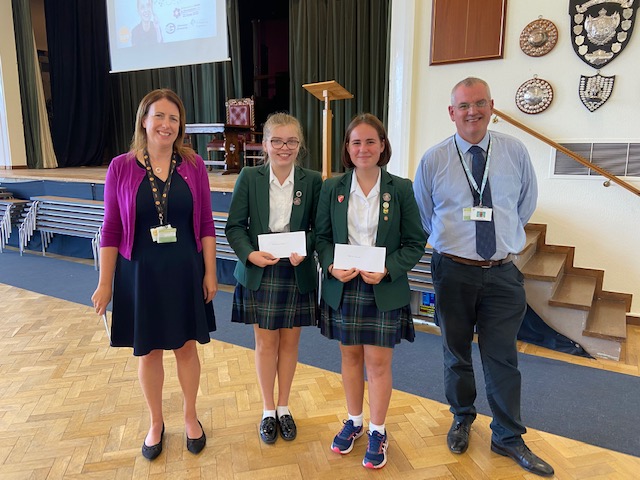 The judges said that they were very impressed with the standard of the entries and were pleased to have so many brilliant examples.

Chris Torode, Director of Apprenticeshops and 14 – 16 at Guernsey College of Further Education said:

“The ‘Stack-em Up’ competition presented the girls with a number of challenges faced on a daily basis in most engineering roles, including problem solving, teamwork, lateral thinking and resilience. We were delighted to have had some fantastic entries which really demonstrated these skills and showed that the Bailiwick has many prospective engineers in its midst.”

The second competition was sponsored by Guernsey Electricity. Its environmental manager, Alex Herschel created an online presentation on biodiversity. The girls were asked to watch the presentation and then complete a series of questions on its content. All correct entries were then put into a draw and the winner was Mya Colley, a year 10 student at La Mare de Carteret. 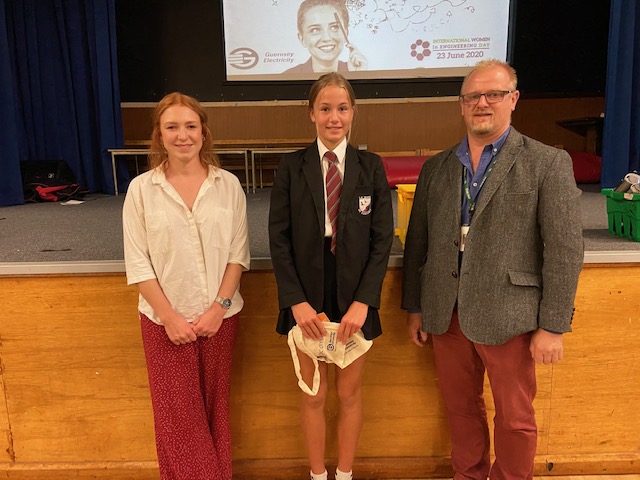 Going online was a great example of the flexibility of the College and the sponsors of the event who pulled together to create an alternative approach in the difficult circumstances faced this year.

We're serving up something new!

This message is only visible to admins:
Unable to display Facebook posts

Proud to work in association with: